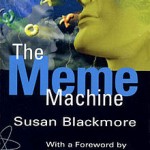 In 1976 Richard Dawkins coined the term ‘meme’ in his book The Selfish Gene and by that caused a revolution in thinking in several fields, most notably in sociobiology and sociology. Although often criticised the term stayed and became a concept to work with. His theory of memetics has since then been developed further, here Susan Blackmore with her book The Meme Machine (1999) shall be mentioned.

So, what is a ‘meme’? Dawkins modelled the term to the word ‘gene’ from Ancient Greek word μίμημα (mīmēma), which means ‘imitated thing’. The discipline of memetics deals with cultural information transfer.

When you imitate someone else, something is passed on. This ‘something’ can then be passed on again, and again, and so take on a life of its own. We might call this thing an idea, an instruction, a behaviour, a piece of information… but if we are going to study it we shall need to give it a name. Fortunately, there is a name. It is the ‘meme’.

The key word here is ‘imitation‘. For Blackmore everything that happens is “selective imitation” (1999: 29) until the imitated idea begins to “have a life of their own” (ibd. 1999: 29). Every human being is creating an immense amount of thoughts every day – potential memes, which could be spread, “but if they do not get spoken they die out straight away” (ibd. 1999: 37).

Imitation involves: “(a) decisions about what to imitate, (b) complex transformations from one point of view to another, (c) the production of matching bodily actions” (ibd. 1999: 57).

Memes connected with sex, food and power are successful memes, because of “the importance of these terms in our evolutionary past” (ibd. 1999: 121). The most interesting here is how genes and memes are interacting, e.g. the topic of ‘sex’: “Although our basic instincts and desires are still genetically determined, and these desires in turn influence which memes are successful, the memes themselves are now dictating the way we behave” (ibd. 1999: 122). 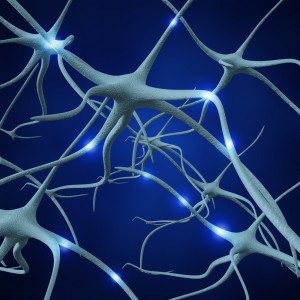 Blackmore draws a line between altruism and the successful spreading of memes. People that act in an altruistic way are more likely to be copied in their behaviour than egoistic people. Altruistic people are more linked in society through people they like and through the positive perception of their behaviour can lead to imitation also of their stories, fashion, music and the like. This suitable basis for memes to spread Blackmore calls a “meme-fountain”, while egoistic people, who are not likely to be copied are “meme-sinks” (Blackmore 1999: 155).

Another noteworthy thought in memetics towards altruism is that altruistic behaviour can trigger further altruistic behaviours. If a person considers themself being an altruist they are more likely to act altruistic. Blackmore describes that “many psychological studies have shown that people will work to reduce the dissonance between incompatible ideas” (1999: 166). Popular examples for this are in The Meme Machine the practice of refusing to eat meat and the recycling of waste (ibd. 1999: 167f).

Another term that arises when dealing with memes and memetics is ‘memeplex‘. Formerly named by Dawkins as ‘memecomplexes’, it depicts a cluster of memes. Such a cluster can be cultural or political doctrines and systems, like religions. Memeplexes comprise groups of memes that replicate together and coadapt (ibd. 1999). Memeplexes, when established, can become a set of dogmas, or laws, and taboos (ibd. 1999 :169):

[Children] might obey out of fear or coercion, but a common trick is to turn the instruction into ‘Good children keep their clothes clean’, ‘Nice people say please and thank you’, or ‘Good girls don’t have sex before marriage’. These simple memeplexes consist of just two parts; the instruction and the idea of being good.