Going to a concert of a band you like can be one of the most amazing experiences. There are some people that can take the fun out of it, though. Voilà, here’s a brief typology of fun-decreasing concert goers. 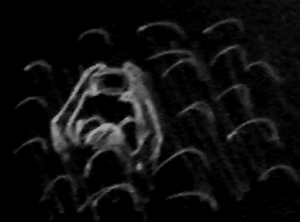 When the first tune of the band reaches the audience the iFans take out their iSomething and play the photographer or camera man for the entire concert. They prefer to see the world through a small display (the reality is ‘too scary’). It is very difficult to find a right place near them at the concert: When you are standing behind them, you can see the concert also only on the display, in front you appear on the video (and you really do not want to be the protagonist of the next hipster tumblrrrr partey), next to these persons you are in danger of getting in contact with their sweaty armpit.

Maybe the most annoying co-visitor at a concert is the tall guy. The problem is not that he is tall, the problem is that he always takes position in front of… you! Exactly there. Once he is there you try to change your position to look over his shoulder, but he moves analogically. Sometimes he has long hair, then the concert is just for listening, sorry. At some concerts, when you take your optimised position somewhere in the middle crowd, he seems to be absent. But beware, after some time he will spot you and is appearing all of a sudden. If you are a girl, it is recommended to bring a friend who is tall, too, and will let you sit on his shoulders.

This guy has a lot of friends. His altruistic behaviour makes him fetch beer for his pals, who are usually in the front crowd. To not disturb the other visitors he tries to hold the beers (min. 4) above his head. Unfortunately, he is also clumsy. He does not know, whether to concentrate on not stumbling or on not spilling the beer. In consequence, both is likely to happen.

The hysteric groupie you will mostly (and only) find in the front row. They are very enthusiastic about the band, like maniacs they laugh and cry and scream and dance at the same time. If they know the band (they visit any concert) they scream the musician’s names or song lyrics until their voices are sore. Sometimes they show off their boobies, which they hope to get signed by the front-man after the concert. But, unfortunately, they are usually fainting and collapsing already during the second half of the gig.

He/she knows every tune of the band by heart and sings along (even the instrumental parts), while playing air-guitar (or other air-instruments). The Die Hard Fan is a stern judge: He observes the band’s playing closely and every improvisation is punished with a cranky facial expression.

When the band play their hit, this specimen feels the need for taking off his shirt to show his enthusiasm. This often causes a snowball effect and reminds the other exhibitionists of their duty. Be ready for the belly kiss! Try not to get in between them, unless you are really in the need for lots of sweaty skin contact.

Not only on punk or EBM concerts you will find people in the middle front crowd, who have an urge to show how tr00 (speak: true) they are by starting a pogo fight. Like pinballs they are bouncing across the room. Not every concert goer has the same need for body contact, so it can get quite annoying. In the pogo pinball’s opinion, only pussies complain about bruises. In some cases the body-contact-friendly exhibitionists and pinballs join forces.

“The last concert by this band was much better!”, or “They are not as good as they used to be!” These are sentences you might hear from the so called Killjoy. No matter, how good the concert actually is, he is never satisfied. Maybe he will remind you of this guy from the Smurfs that hates everything. If the band does not play his most favourite, he will be really pissed (although, if the would, he would not enjoy it anyway).

We all like to have one or the other beer at a rock concert, that’s true. Some, though, start too early and reach their limit before the concert has even started. In consequence, you can smell their puke, when you come too close and so you have to go back to your place between tall guy and sweaty armpit.