There are many reasons to visit the Polish city of Wrocław: It is incredibly beautiful, has a moving history and offers a lot of cultural places, museums, galleries, bars and coffee-houses. Furthermore, Wrocław is also the Cultural Capital of Europe 2016.
But my main reason to go there every November for a few days is a different one. The Silesian capital is the spot where one of the biggest annual festivals for industrial music is taking place.

Not really a festival-person, I make an exception for the Wrocław Industrial Festival. First, the location is ideal. A stone’s throw away from the old town of Wrocław, the main acts are performing in an old monastery with a big Gothic hall attached.

Second, the selection of bands is perfect, it is the right balance between pioneers and grands of the genre and lesser known musicians in the field of post-industrial, neofolk and EBM. In the last years I had the chance to see Absolute Body Control, Clock Dva, Borghesia, 6 Comm and Astrid Monroe (to mention just a few).

Third, the crowd is not too huge, non-pretentious and open-minded. Every time I was there I met likable people and we had fruitful discussions. When having a cigarette break outside I could hear a lot of different languages.

This year I bought the ticket too late, the all-days-ticket was booked out. So I decided for two of the four days the festival lasted. My choice fell on Friday and Sunday. 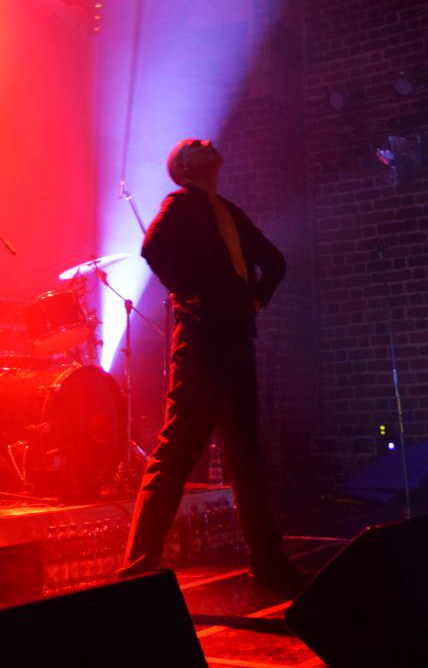 After a long car ride we arrived in Wrocław in the late afternoon of Friday the 4th of November. After meeting some dear old friends we went to the venue, the Old Monastery (Stary Klasztor).

The headliners for this day were DAF. Not the youngest anymore, Gabi gave a very active performance. It was the first time I had the chance to see them live and with great pleasure I enjoyed their classics like ‘Der Mussolini’ and ‘Liebe auf den ersten Blick’.

But the real reason why I definitely wanted to attend this year’s WIF was the Danish neofolk-band :Of the Wand and the Moon. Next to Rome (Jerôme Reuter), OTWATM are my favourites of this genre. The musicians around Kim Larson gave an incredible performance, it was simply mesmerizing in the setting of the Gothic Hall (Sala Gotycka). As encore they played my favourite track ‘The Lone Decent’ and I have to admit that I couldn’t hold back some tears. 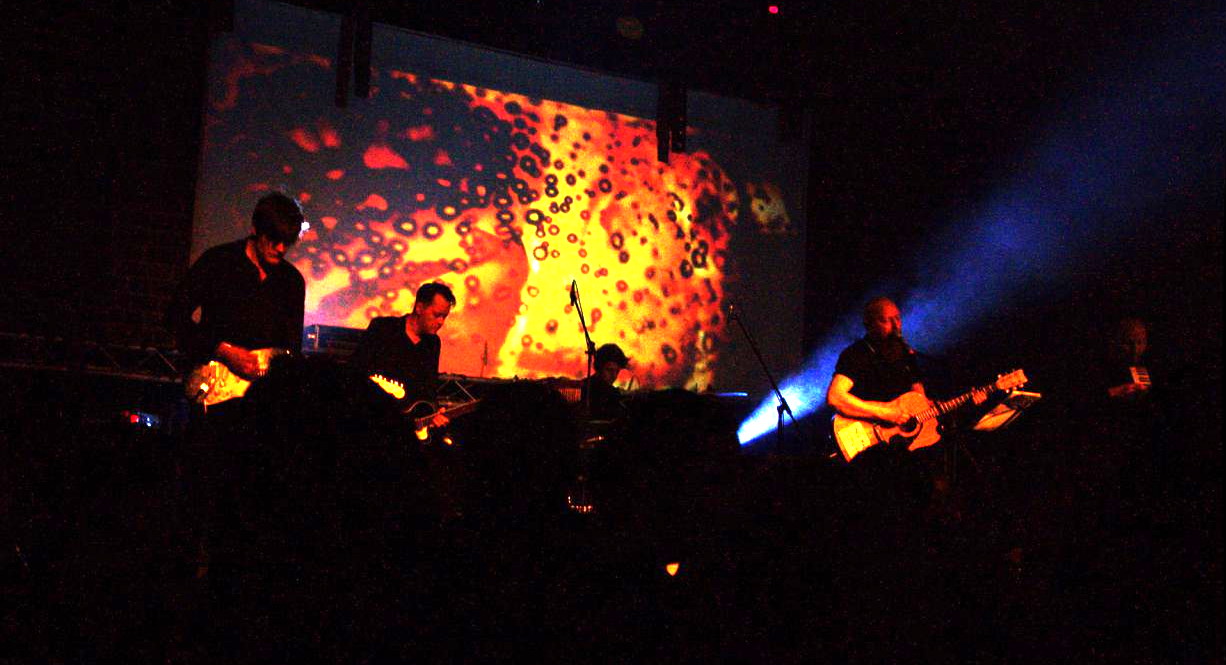 The next day we did some sightseeing. Although it was quite cold we managed to walk around for some hours, guided by one of my friends who grew up in this beautiful city. As we didn’t plan to go to the festival on this day, we found an alternative in an 80s party at the Liverpool club. Not every song was from the 80s, though, but in the end approximately every third song was great. Talking, drinking, dancing. Accordingly late we arrived at our hotel and slept like stones.

Sunday afternoon we went to a modern art gallery that didn’t knock me off my feet, but as a reward we indulged ourselves with a glass of red wine in one of the city’s many bohemian places.

This day the festival took place at a different location, the CRK (Centrum Reanimacji Kultury/Centre for Reamination of Culture). We couldn’t find it right away, so we asked some passersby for the way. We approached them with “Przepraszam!” (pl. ‘excuse me’) only to find out that they don’t speak Polish. But they knew where the CRK was and lead us there. These three people dressed in black looked very familiar. On the way there we talked and they revealed that they are Ash Code, headliner of this day. What a nice surprise! Until now we only have had e-mail contact, it was a great pleasure to finally get acquainted in person.

The CRK is hidden in the midst of a block of flats, not too easy to find but I can’t tell you how great a place that is. It looks like a squatted place, similar to Metelkova in Ljubljana, Arena in Vienna or Urban Spree in Berlin. In one building is a bar for relaxing to good music, on the other side the concert hall is located. The venue for the concerts is smaller than the Gothic Hall, but perfectly sufficient, as the crowd on Sunday was much smaller than on the main days Friday and Saturday. 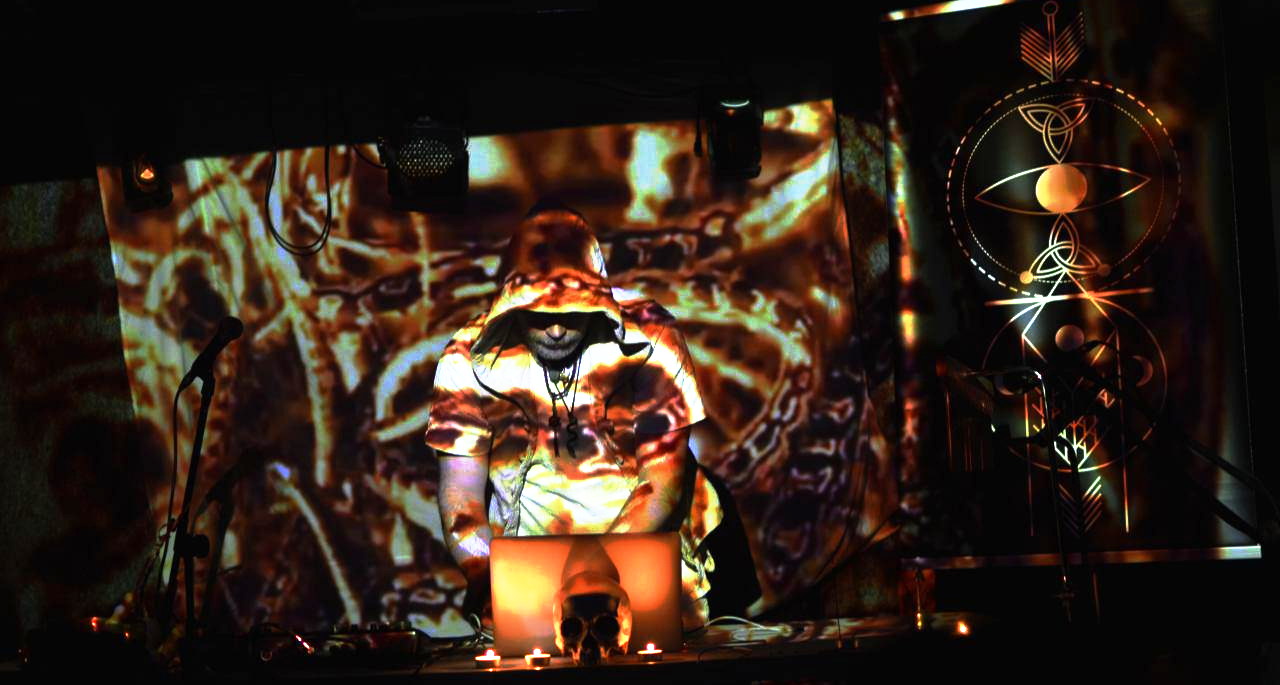 Of all the the bands playing on Sunday, Holotrop caught my attention. The one-man-project from Germany staged an impressive psychedelic shamanic ritual. In the end he breathed so heavily into the microphone that he eventually fainted.

And then, finally, the band why I decided to attend the festival on this day – Ash Code. I have been following the career of the Italian darkwavers since their inception in 2013 and in the meantime they have managed to gain quite a reputation. As Ash Code were the only band of their kind at the festival, the sound-technician seemed to have some trouble adjusting everything accordingly, but after some preparations it worked out well. I very much enjoyed their hits ‘Oblivion’, ‘Dry Your Eyes’ and their new single ‘Posthuman‘. In the front crowd I also spotted Sandra Roczeń, their “best Polish friend” and main actress of the great video clip to ‘Posthuman’. 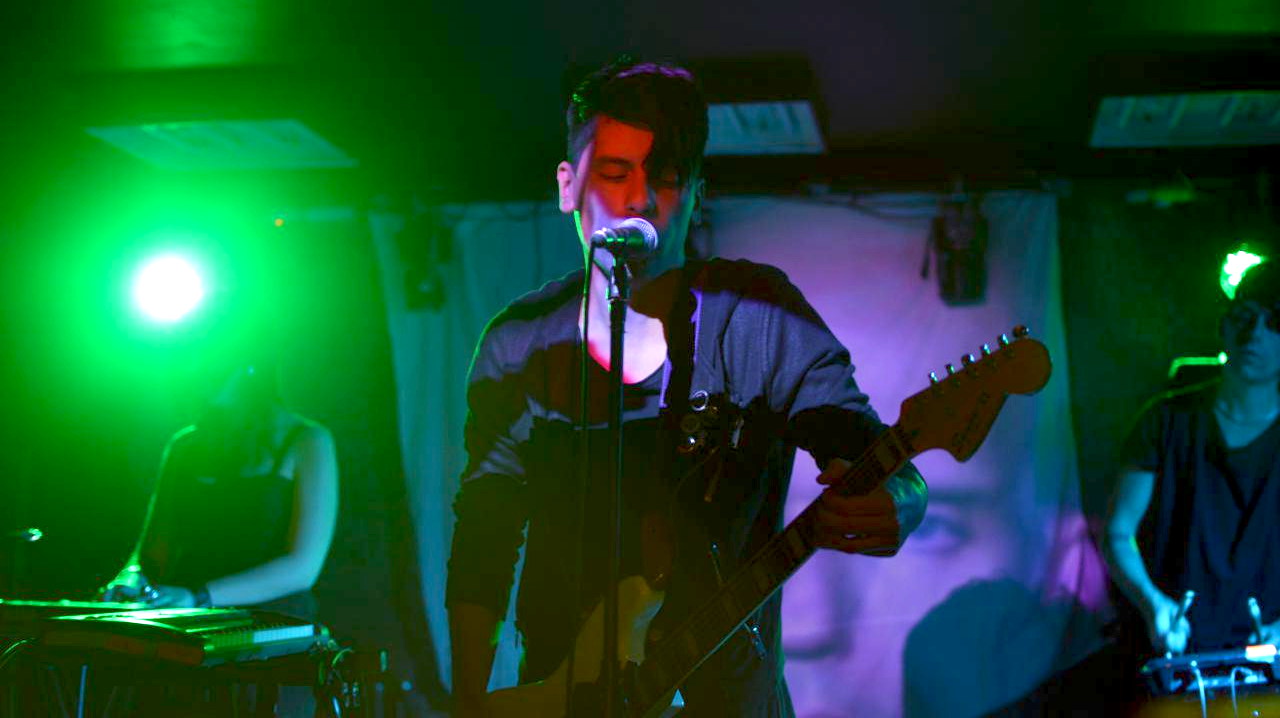 After the festival is before the festival. There is no doubt that I will make my pilgrimage there also next year. If you are into this kind of music (and I suppose so when you have read this far) then I hope we will have a drink together at the XVI Wrocław Industrial Festival.