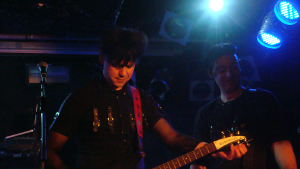 Clan of Xymox is one of those legendary bands immediately associated with gothic music. Founded in 1981 Xymox is now contributing to the dark culture for over 20 years now. Charismatic frontman Ronny Moorings, the last still active founding member, is the driving force of the group.

On December 15th Clan of Xymox had a concert  in Vienna’s well-known club Viper Room. The concert was phantastic. Being a huge fan of Xymox for years now, it was an honour and a pleasure to meet Ronny Moorings backstage, where he gave an extensive interview. During this talk Ronny revealed what he thinks about Facebook, Wikipedia and about musical categorization.

The interview has been published on the Polish alternative music webzine AlterNation: