In the early 90s, when I was about nine years old, my parents sent me to piano lessions. I can’t remember exactly but I think I was quite excited about that, as I was very much into classical music at that time. What my parents didn’t known was that they had surrendered their child to a horrible dictator. Discipline is important when learning an instrument, I get it, however, this menace didn’t shy away from using physical and psychological violence to enforce it. Not just once I was crying on my way home, then suppressing the tears to not disappoint my dear parents who paid a shitload of money for the tuition. Unimaginable now, that I went there weekly for more than two years.

In the end, everything I had from that experience was a trauma and the feeling of being a loser. In contrary to my teacher’s belief, her methods — surprisingly — hadn’t achieved the expected outcome.

Gladly, this person was not able to diminish my love for music. But for the next three years I refrained from creating any audio. Too deep engrained was the feeling that I can’t do it right.

Everything changed when I turned 15. I got into alternative music quite early, thanks to the — now unfortunately non-existent — German television channel VIVA 2, specialised in the musical underground. Iggy Pop, David Bowie, Lou Reed, Beck Hansen — these were my heroes. It was my luck that my older sister had an accoustic guitar lying around, not using it at all. As I can tell now, it was not a very good one, but it was “good enough”. One — and perhaps the only — lession I had learnt from my piano teacher was that, should I ever touch an instrument again, I would acquire the skills to play it all by myself.

And so I did. With the help of a book which had a very elaborate section with chord schematics, I trained my finger acrobatics every day. There’s a truth in it when Bryan Adams sings “played it ‘til my fingers bled”. Iggy and Beck were easy to handle, Bowie and The Velvet Underground were already quite complex. And before I had realised it, I was wielding the guitar, well, not quite like a young god, as much as I would have loved to, but quite decently, at least I was told so by the gals whose sudden interest in me kept my motivation up.

The last Christmas Eve of the 90s I will never forget. It was the day my dear father, who witnessed with pleasure my re-found love for music-making, gave me an electric guitar as a present. Woo-hoo! What my father didn’t know was that I had just gotten into Black Metal, therefore, this gift came quite in handy. Armed with long hair and a plectrum, nothing stood in my way to ruin my voice. 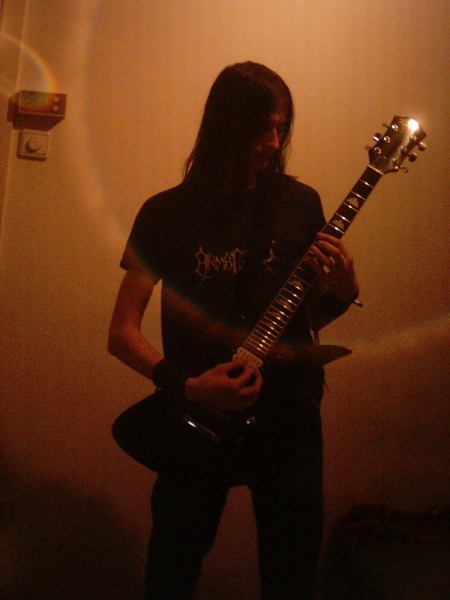 My metal years, however, didn’t last forever. In my mid-20s I returned to what had started in my teens with Depeche Mode, Nick Cave, and The Cure, the (dark) alternative kind of music. The synthesizer suddenly became more interesting than the guitar, and some years ago — after a terrible break-up — I got myself one. Ever since I have actively been making music.

Guess what — yesterday I got myself a Yamaha MX61, a synth workstation — slash — e-piano! This idea came to me when I used the synth as a piano in the outro of my last solo-song ‘The Splendour (That You Are)’. This time I want to learn to play the piano properly, without presure and punishment, and all by myself.

My message to you with this story is that if you had a similar experience like me in your childhood, when someone disenchanted music-making for you — don’t give up. Or maybe you always wanted to learn an instument but never found the motivation to start? Do it now! Due to the Internet there are so many possibilities, you can find chords, video tuition and so much more. There’s no better way to relax, to let your emotions run free when fetching the guitar for a song or two.

And one more thing: If you have kids and want to send them to music lessions — have a good look at the teacher first…