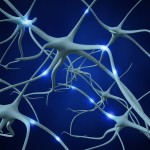 In 1976 Richard Dawkins coined the term ‘meme’ in his book The Selfish Gene and by that caused a revolution in thinking in several fields, most notably in sociobiology and sociology. Although often criticised the term stayed and became a concept to work with. His theory of memetics has since