Some months ago me and a couple of musician friends founded the dark alternative music collective WaveNoir. Several bands unite their promotional efforts hoping to get more easily heard in the jungle that the Internet is, while organising intriguing projects to which any musician who has the want can contribute. WaveNoir is not a label, it is a creative playground for like-minded people, offside the commercial aspects of the music industry.

The first WaveNoir project is a tribute album to the legendary Sussex-based band Venus in Furs, led by the enigmatic musician Times, which had evolved out of the post-punk explosion of the early 80s. Venus in Furs was perhaps the band that had awoken my interest in wave music in the first place. One of my first articles as a music writer was about Venus in Furs.

The band which never followed any music trends, was very well received in the 80s and 90s, but as my friend Greg Weir from Truck Stop Alien wrote:

Greg Weir
The brainchild of Brighton based Times, Venus In Furs moved fluidly through genres such as post-punk, synthpop and shoegaze in their heydays but criminally remained under the radar of the commercial side of the music industry.

I completely agree: Venus in Furs is paradoxically at the same time highly-rated and under-rated. For this reason 12 contemporary music projects such as Ash Code, Shad Shadows, or The Stave Church, have gathered to pay tribute to this musical gemstone and to bring Venus in Furs back to the consciousness of the dark alternative sphere. Times himself, who I can proudly call my friend, was closely following the process and he is very touched and flattered by the outcome. As a bonus the last song on ‘My Velvet Cage’ is a brand-new song by Venus in Furs, with the original members Times and Skot Lucy reuniting their skills the first time in over 30 years!

Many thanks to White Light White Heat Magazine for giving us a song-by-song review countdown prior to the release. 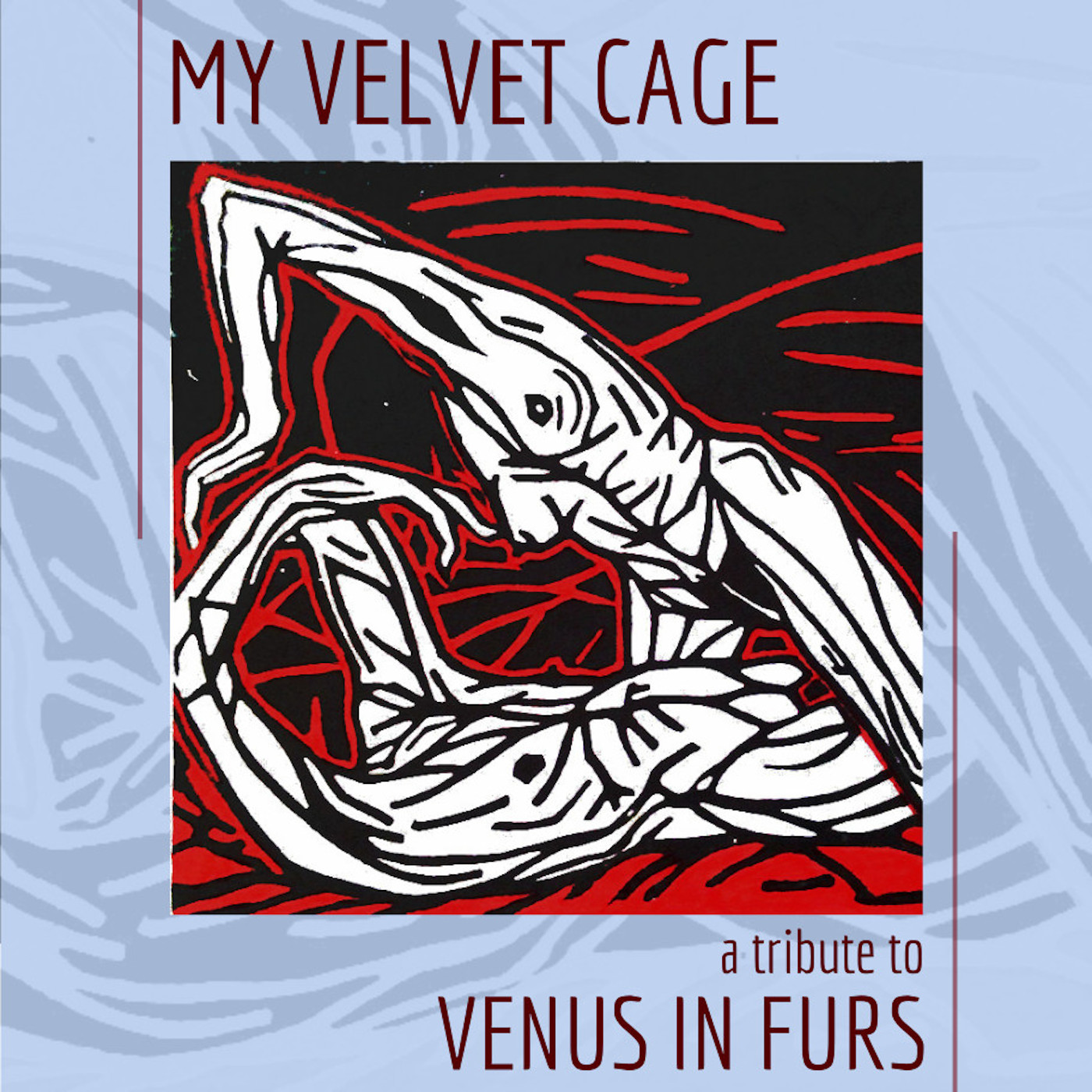 For a comparison between original version and tribute covers, please watch the video above. As you can hear, some artists have stayed closer to the original, while others have almost created an entirely new song out of it. Half of the songs which have been covered are from Venus in Furs‘ legendary debut album ‘Platonic Love and Other Stories’ from 1984.

It was a lot of fun to work together on this project, we hope we have caught your interest in the music of Venus in Furs, there is a lot to discover. And who knows, perhaps their music will inspire you like it did with me in the last 20 years.

Here’s the tracklist of ‘My Velvet Cage’:

1 thought on “A Tribute to Venus in Furs”