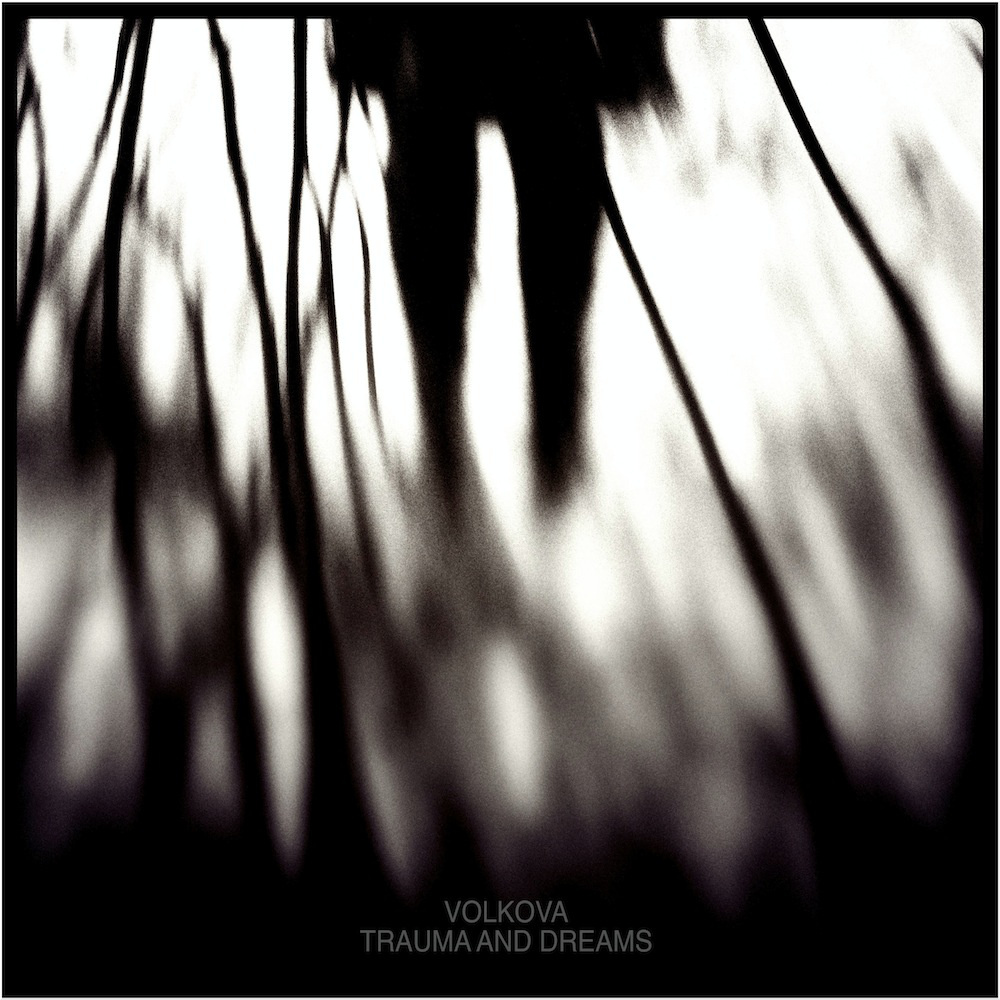 I can only add to the good reviews their records received from various bloggers and magazines. Hardly a song I played as often in the last year as ‘Pulsion‘ off of Vólkova‘s excellent Silent Howl.
Trauma and Dreams (+ Remixes) is, actually, not brand-new as it was released already in July 2014, on cassette. To the six original songs Vólkova have added four remixes by known musicians (Sixth June, Yus Yus, Minuit Machine and Dan Söderqvist from Twice a Man).

Much like on the prior released records the songs on Trauma and Dreams (+ Remixes) are quite diverse. For example the first track ‘The Call’ is reminiscent of their hit single ‘Pulsion’, ‘Just Drifting’ is a simple and beautiful piano piece, while ‘Acceptance is Defeat’ and the two songs called ‘No Geography Solution’ are much harsher in sound and more experimental. If you liked ‘Pulsion’ (and I am sure you did) you will love ‘The Call’. Usually not being a too big fan of remixes myself, I fell in love with the Minuet Machine take on ‘The Call’.

All that is left to say is that for any fan of electroclash, minimal wave and/or alternative electronica Trauma and Dreams – and Vólkova in general – is a must-know.