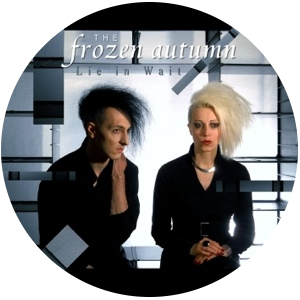 The Frozen Autumn are back with a new EP, entitled Lie in Wait. The darkwave-duo from Italy have decided to release their first sign of life since the path-breaking album Chirality (2011) on handnumbered 12” vinyls, limited to 500 pieces. If you want it I adivise you to be quick!

On Lie in Wait you will find three new tracks and a “Lost in Space mix” of the song ‘Sideral Solitude’ from Chirality. Like on the albums before, Diego and Adrianna sing the songs in turns.

The new tracks do not re-invent the wheel, but bear the familiar TFA-touch – which is not a bad thing at all. The most outstanding for myself is the first one, ‘We’ll Fly Away’. I literally listen to it all the time! Diego’s deep vocals and the changing of rhythms make this song a drug. Not unlike the second song ‘White on White’, sung by Arianna with her distinctive voice. ‘Your Touch’, on the other hand, did’t catch my ear too much.

Remember, The Frozen Autumn released their last EP Rallentears in 2010, shortly before Chirality was announced. It consisted of three songs of the subsequent album, plus a remix. I see a pattern there. Arianna, Diego: We lie in wait for your next epic!