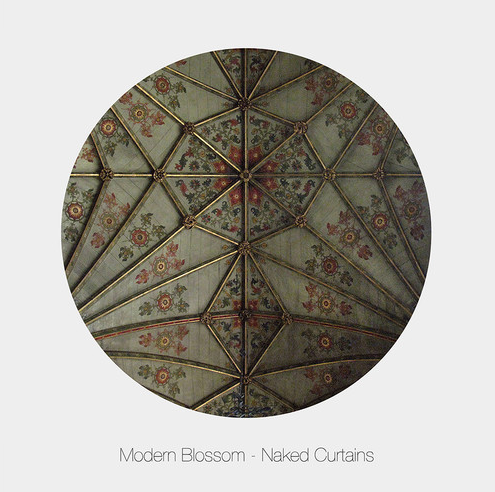 Modern Blossom are always good for a surprise. Recently the Italians unveiled their new EP Naked Curtains. As you know I was very much enthused by their song ‘Velvet Shoulders‘, which appeared on their début album Beg for More (2013). As you can imagine, I was very anxious to listen to their new release.

The EP consists of only three songs, so I hope there will be a new album following soon. But in the meantime we take what we get.

The title track ‘Naked Curtains’ already starts very promising. This song is synth at its best! The main synth tune is very much reminiscent of one of my all-time favourite synthpop songs – ‘Underpass‘ by John Fox. Four minutes length appear to be long enough, but still too short to really “fall” into the atmosphere this anthem discharges. Let us hope Modern Blossom will make an extended version of this song!

The next one is called ‘Like My Dead Friend’. It is faster than the first one, also more aggressive. It represents the “punkish” part of the EP. A great song to dance to.

The final one is ‘Your Love into a Box’, the soft side of the EP, it sounds like a synth ballad. Very nice, indeed, and a good conclusion for the EP.

All three songs whet the appetite for another full-length album. Modern Blossom, we beg for more!