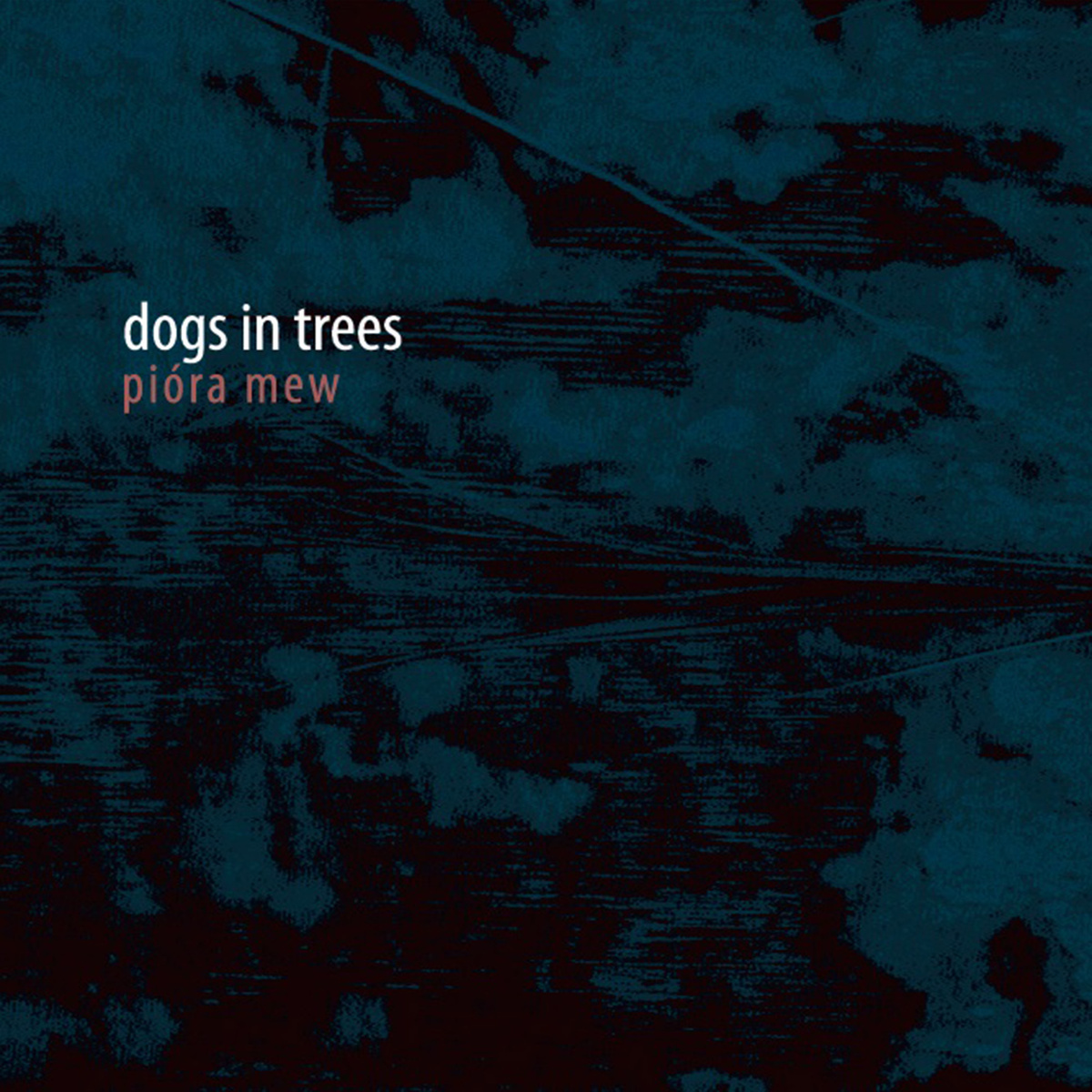 Dogs in Trees from Gdynia, Poland, is one of the newer bands inspired by the sound of Polish coldwave (zimna fala). Their first full-lenght-album Pióra Mew (“seagulls’ feather”) shows they are not simply copying their idols from the peak of zimna fala in the late 1980’s. No, they add new facets to the music, making the sound more contemporary and more accessible for younger listeners and music fans outside Poland as well.

I was delighted when I first layed eyes on Pióra Mew: a neat digi-pack with a minimalistic blue cover and a white feather on it. Only when I removed the plastic foil I realised it was not just printed on, but an actual feather.

Pióra Mew comes with nine exciting songs. Unlike most other Polish coldwave bands, Dogs in Trees‘ lyrics are mostly sung in English, instead of Polish. Perhaps the band wishes to attract a bigger audience which is not necessarily fluent in the beautiful Polish language.

The first track ‘Like+as+if’ shows the direction for the rest of the album. The heavy use of synths and its experimental character give the song more of a krautrock-feel. The same is true for the songs ‘Usf’, ‘Seabed’ and ‘Unless’, while ‘Enough’ and ‘To freeze’ are slow ballads.

The highlight on Pióra Mew (at least for me) is the track ‘Teraz i jutro’ (“now and tomorrow”). This is the one that sticks most to the classical coldwave sound, fast, punkish, heavy – and it drills (thrills) itself into your head.

To get the complete Dogs in Trees effect I recommend to listen to the album as a whole. Enjoy!