After the many tourists in Gdańsk it is relieving to spend some days in a smaller city. For a long time Toruń was on my list of cities I wanted to visit. From the train station it was at first not so easy to find the centre. It took some time to find the long iron bridge behind a small forest, which leads over the river Wisła to the city centre.

I heard before that Toruń must be a nice city, but seeing it with my own eyes was fascinating. The Wisła river is very broad here and from the other side one can already see the nice medieval panorama of this jewel. The old town is not very big, but the old buildings made of bricks in combination with the small streets make Toruń a romantic place.

Toruń is famous for three things: 1.) Nicolaus Copernicus, 2.) the Knights of the Teutonic Order and 3.) gingerbread.

The great astronomer Copernicus is well cherished in his town of birth, as the statue on the old market square, a fountain resembling the solar system with the sun in the centre, and the name of the university (Uniwersytet Mikołaja Kopernika) show.

If Steven Moffat wanted to make a series about Copernicus, he would probably ask Benedict Cumberbatch (Sherlock) again to play the main role: 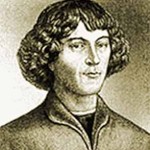 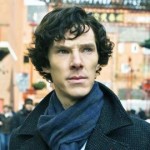 The second thing Toruń is famous for is the Teutonic Order. In the 13th century the town of Thorn (old name for Toruń) has been founded in the middle of the 13th century by the Teutonic Knights under the rule of Grand Master Hermann von Salza, who was also responsible that the order gained territory and established a state-like system in the Baltics, The Monastic State of the Teutonic Order (Deutschordenstaat, 1230 to 1561). Under the rule of the Teutonic Knights Toruń joined the Hanseatic League in 1280 and developed to an important trade centre. In 1466 the town became eventually part of Poland.

The legacy of the Teutonic Knights is celebrated by medieval fight shows on the streets, a lot of souvenirs connected to the knights and the exhibition of the remains of their fortress.

Last, but not least, Toruń is known for gingerbread. I don’t know exactly, why, but you can buy it on every corner in the old town centre. And, indeed, it tastes good!

For fans of astronomy, knights, sweets, coffee and ruins Toruń is definitely worth a visit.