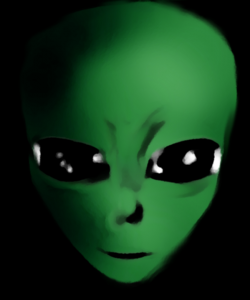 Paranormal phenomena connected with extraterrestrial life-forms are spreading for more than a century now. The first writers of science fiction in the late 19th century, like Jules Verne and Herbert George Wells, triggered a wave of memeplexes dealing with life ‘out there’. Memes about aliens manifested themselves strongly in popular culture, “our culture is now full of stories about outer space, spaceships, UFOs, and sinister aliens” [1: 177].

But where do these stories come from and why do we need them? In the field of memetics – the science dealing with cultural entities named “memes” – there allegedly is an explanation. Let us explore this together with CG Jung and Susan Blackmore.

The sighting of flying saucers are commonly known phenomena, mainly in the USA, to a lesser extent also in Europe. One of the first scientific approaches to the sighting of flying saucers was Carl Gustav Jungs Flying Saucers: A Modern Myth of Things Seen in the Skies (1978). Jung was mainly interested in the psychic dimension of these phenomena. A noteworthy aspect Jung found out about people, who witnessed flying saucers, is that those people were considered to be rational and reliable members of society. Therefore, the stories they told were credible and plausible [2]. Jung concluded that people in this secularized world seek in times of trouble for answers in the mysterious [2]:

Carl Jung
In the threatening situation of the world today, when people are beginning to see that everything is at stake, the projection-creating fantasy soars beyond the realm of earthly organizations and powers into the heavens, into interstellar space, where the rulers of human fate, the gods, once had their abode in the planets…. Even people who would never have thought that a religious problem could be a serious matter that concerned them personally are beginning to ask themselves fundamental questions. Under these circumstances it would not be at all surprising if those sections of the community who ask themselves nothing were visited by `visions,’ by a widespread myth seriously believed in by some and rejected as absurd by others.

Jung published this book in the 1970’s – the two decades before are known to be the prime time of sighting of flying saucers. Nowadays the flying saucer became an icon and is often featured in popular media, such as B-movies and science fiction comics. 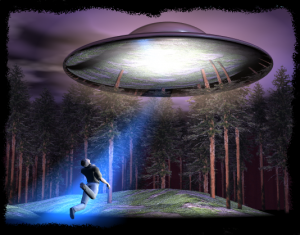 Stories of people being abducted by aliens became one of the most successful memes in popular culture. With the slogans “I believe” and “The truth is out there” stories about alien abductions had their heyday in the 90’s with the broadcast of the TV-series The X-Files and received wide acceptance in the popular mainstream.

A typical alien abduction can be described as “subjectively real memories of being taken secretly against one’s will by apparently nonhuman entities and subjected to complex physical and psychological procedures” [4], although the contents of the abduction narrative often seem to vary with the home culture of the alleged abductee [3].

Blackmore gives four reasons why the abduction memeplex is so successful [1: 178]: 1) It explains a scary experience, 2) the fast progresses since the last two centuries has triggered fears of technology, 3) the idea of abduction is promoted and supported by the mass media and 4) the idea is more or less irrefutable. 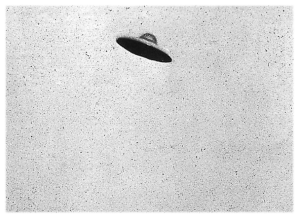 Before the narrative about alien abductions came into existence, such memeplexes surrounding the topic could not evolve. The underlying experiences (e.g. a sleep paralysis, as Blackmore suggests [1: 177]) must have had been described in a different way – within the existing frame of reference of that time.

Since the 1950’s stories about alien-human contact appeared more commonly. From then on the narrative has become a powerful memeplex, supported by science fiction literature and films, where the abduction procedure, the purpose and the outlook of the perpetrating alien are described by alleged abductees in a more or less similar manner.