The evolution of steampunk-themed music was a very important prompt towards its becoming of a movement. While the whole idea of steampunk was very much an Anglo-American phenomenon through its evolution in the beginning of the new millennium, it was only a question of time that it eventually reached the European continent.

One of the first European steampunk-influenced music groups was Victor Sierra from France, a band which my readers might know already quite well. Another step towards a consolidation of a solid European steampunk movement was last year’s European Steampunk Convention. Additionally, in more and more European cities steampunk nights and events are being organised on a regular basis.

Being present now also in European popular culture, the idea and the charm of steampunk spread like a wildfire in the Old World, inspires designers, technicians, artists and musicians.

“With the very basis of steampunk being founded on invention and fantasy, no limit exists of what can be imagined and created to express this culture genre” (Steampunk District 2012), therefore, Steampunk is neither a definitely nor clearly defined term, it is a culture genre, which can be as creative, as far as human’s fantasy could possibly go. Therefore, also the musical enterprises dedicated to the movement are as diverse as one can imagine.

The bands, which are featured in the following, are good examples for showcasing, how diverse the interpretation of steampunk can be.

Spiky is a sound designer for video games and animations and Steampunk musician from France. With the support of an orchestre the song ‘Paleblack’ became a mysterious anthem, atmospheric and epic. The videoclip to his song is amazing.

Italy contributes to Steampunk with the band Poison Garden. It is, actually, a metal band. Their first single ‘Days of Steam’ is a well produced piece of music, which deserves closer attention. Also the video seems to be almost too good for a brandnew band. Their pretty female vocalist Anais Noir has an intriguing tender – yet potent – voice, which blends into the heavy guitar music elegantly.

Steampunk did its first steps towards East-Central Europe, namely to Budapest, Hungary. See, how Lies of the Machine themselves describe their music: “The steam-powered metal, created from the amalgam of thrash, industrial, folk, symphonic and alter music. Wicked, distinctive, sometimes plain idiocy…but we love it!” Not only the title of their song ‘The dishonorable death of the honorable Captain Vasilij’ is crazy. Listen for yourself:

As a very loose concept steampunk has hardly any limits in possibilities and interpretation. The play with time and science delivers a fruitful ground for creativity, not only in music, but also in literature, technology, fashion and fine arts. In a time, where we suffocate in dull consumerism, it is important to have an aesthetic that appreciates the self-made and dreams aside commerce. From this aspect a silent revolution is going on, don’t let it stop!

There are more European steampunk bands! Here you can find links to the homepages of the above mentioned bands and others, recommended by readers. 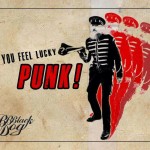 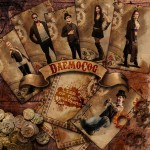 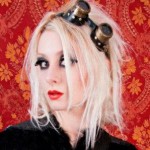 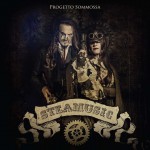 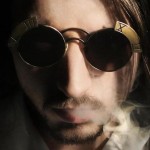 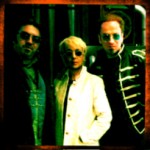