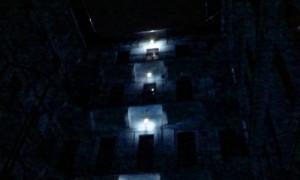 The first part of my journey was a visit at the town of my study, Graz, Austria. Although I left Graz years ago I have rented a cellar there, where the ghosts of my past are buried.

For a long time now I thought of clearing it out. All those things are always there, somewhere in my back-head. Do I still need these things? Is has been quite some time, since I have been there and over the years I have forgotten what secrets the cellar bears…

Tense and curious I put the key into the lock and it opens with a gentle click. A lot of boxes appear in front of me. One by one I open them, rediscovering the relics of my past. Photos of my ex-girlfriends and love letters make me remember priceless moments. Many souvenirs I have brought back from my travels around Eastern Europe (mostly from Ukraine and Poland) bring back memories, most notably the ticket for the most expensive beer I ever had. The story in short:

With some friends we were out in Wrocław. There were four of us. We decided to buy a can of beer – Piast – at 8.00 in the morning to conclude the night on a nice note. We went on one of the islands on the river Odra. As soon as we opened the beer and took a sip, two police girls were standing in front of us and fined us each with 100 Złoty (about 25 EUR). I was very angry, but, gladly, my friend Klaudia translated my complaints about that don’t-drink-in-public-law elegantly to Polish and mitigated them.

I didn’t know how much VHS I still kept! Many good films, but I lack the device to play them… There is also a box with DVDs, treasures like Papillon (with Steve McQueen and Dustin Hoffman) and Once Upon a Time in the West I will keep, the rest I will give away. Today I prefer non-Hollywood films, anyway.

Now to the box with my music taste’s past: Years ago I used to listen to a lot of metal, mainly doom metal like early Katatonia, Anathema and Amorphis. Also viking metal legends Bathory were very dear to me. While browsing and thinking about the good ol’ times, I am suddenly holding an album by Summoning in my hands and remember the story how I got it. In Kyïv (Kiev) I have had some metal-friends, who, as they found out that I am Austrian, always asked me about Summoning. This happened several times. Summoning were not so known back then in Austria (they are from Vienna) and their CDs were difficult to get – no one is a prophet in his own country… So, after he found out, one of my friends from Kiev gave me his copy of the album Dol Guldur as a present. Legendary! This one I will keep until I die.

Another forgotten gem, where there is also a story behind. Back in the early 2000’s I have had an online metal-webzine, where I kept contact with musicians and followed their career. One of them was Niclas Frohagen, the head of one-man-doom-metal-band Forest of Shadows. I got his demos from somewhere and was impressed. His first full-length album Departure (2004) I, eventually, have won at a competition at some magazine (the only thing I ever have won, except a box of Milky Way, when I was a child). The following song I play while cleaning up (I found an old CD-player), it has some facets of trip-hop:

The last boxes contain books. I cannot believe that I really read them all! Lately I don’t have much time to read non-academic literature. I take Friedrich Dürrenmatt’s The Execution of Justice, Novalis’ Hymns to the Night and Kehlmann’s Measuring the World, sell the stuff I don’t need any more on the Internet and continue my journey.